The Power of Pawns

The Power of Pawns

What you don’t know about pawns can hurt you 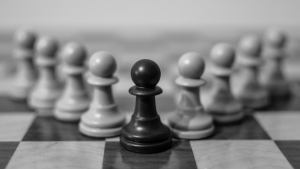 There are many misconceptions about pawns.

A most common myth is that pawns are worthless because they are numerous and small.
Such misinformation can lead to rash decisions with poor outcomes. For example, undervalued pawns are often mishandled as though expendable. If one truly cares about winning, one simply has to do better.
While it is true that pawns are smallest in size and weakest in strength, the facts about pawns is more nuanced.
Obtaining deeper insight into the power of pawns can form a critical difference between victory and crushing defeat.
Here is what you should know:
1. The Pawn moves only one square at a time, and that straight forward, except in the act of capturing, when it takes one step diagonally to the right or left file on to the square occupied by the man taken, and continues on that file until it captures another man. ~ Howard Staunton, (1810 – 1874)
2. You can retreat pieces… but not pawns. So always think twice about pawn moves.
~ Michael Stean, (1953 – )
3. In a gambit, you give up a pawn for the sake of a getting a lost game.
~ Samuel Boden, (1826 -1882)
4. A passed pawn increases in strength as the number of the pieces on the board diminishes.
~ José Raúl Capablanca y Graupera, (1888 -1942)
5. Every Pawn is a potential Queen.
~ James Mason, (1849 -1905)
6. Sometimes a pawn is enough to change the whole game and those who ignore the importance of it are liable to lose their Queen. 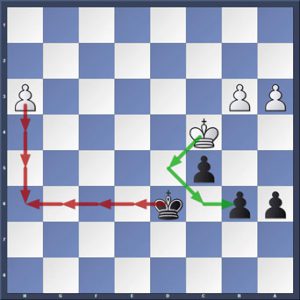 In this example, one passed pawn makes the difference. The Black King must chase the a-pawn to prevent promotion. The White King invades and wins.

Simple enough. Now learn what pawns can do together:

7. In chess, a configuration of pawns on the chessboard is known as the pawn structure.
8. It takes minutes to learn how to move a pawn. It takes deep study to understand why. Review this diagram and other examples. The rest will make sense. 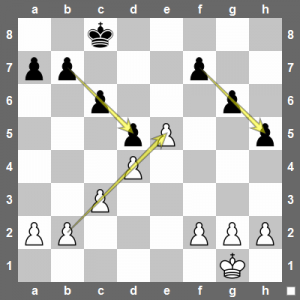 9. As pawns have low mobility, a pawn structure is relatively static. This immobility determines the strategic nature of the position. In other words, this fixedness gives a position its character. The pawn structure lays out the terrain for the coming battle, providing lines for the army.
10. Pawns not only create the sketch for the whole painting, they are also the soil, the foundation, of any position.
~ Anatoly Karpov, (1951 – )
11. The pawn is the soul of chess… They are the very life of the game. They alone form the attack and the defense; on their good or bad situation depends the gain or loss of the party.
~ François-André Danican Philidor, (1726 – 1795)

12. Reuben Fine (1914 – 1993) once said, I would rather have a pawn than a finger.
13. To which Roman Dzindzichashvili (1944 – ) replied, It all depends: which pawn and which finger?
14. Those who believe that pawns are weak have never been checkmated by one. (That quote is mine).
15. In closing, remember this proverb: Once the game is over, the King and the Pawn go back into the same box. 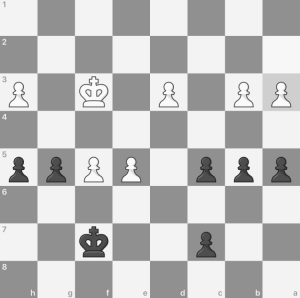 Test Your Skills: Black to Move and Win